J&J Graham are undertaking a continuous refurbishment of the lovely old building we occupy.

I am lucky enough to keep finding interesting old artifacts and products from a bygone era and thought that some of these may be of interest.

Last summer in an old storage box I found an interesting old product, Vitadatio dated about 1905. 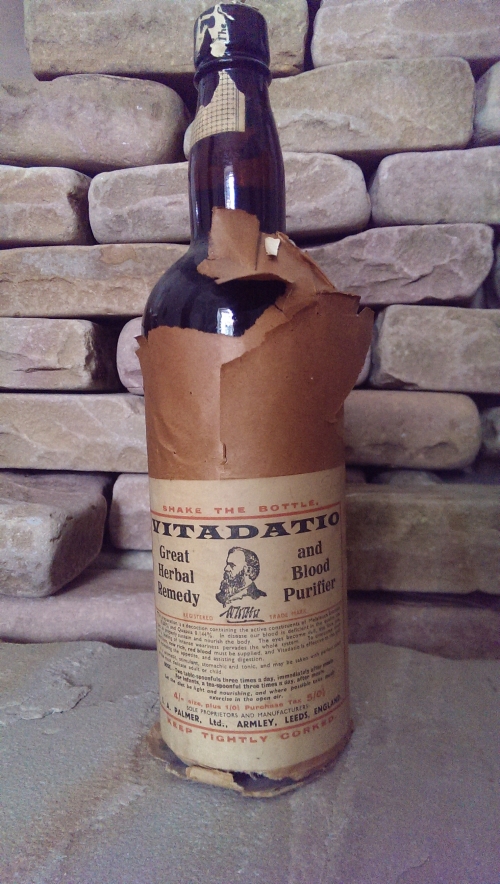 This picture was posted on Facebook and we had a very nice response from Jane Shaddick, the great granddaughter of Sydney Arthur Palmer who manufactured the tonic in Leeds.

Jane was able to provide the following history of Vitadatio;

“Sydney Arthur Palmer was born in 1855. When he was around 40 he contracted hydatids, parasitic worms, from the meat, working as a butcher.

Returning home from New Zealand to his native Tasmania, to die...his brother in law gave him Webbers Vitadatio which cured him.

He then set about selling this herbal tonic all over the world.

By the early 1900 his cure-all claims were falling foul of Australian pure Foods Acts.

So, in 1902 Sydney emigrated to Leeds England with his large family. (My grandfather being 16 at the time).

His second son Percival carried on manufacturing Vitadatio in Upper Armley Leeds into the 1950s. The business employed quite a number of people.

The recipe used in the UK was said to include herbs that only grow in Tasmania.

An elderly Leeds resident remembers the herbs being delivered in barrels.

Vitadatio was advertised daily in the national press up to 1950. “

There was also a response from Max Palmer in Australia, a great grandson Sydney Arthur Palmer;

“Hi - SA Palmer is my great grandfather as well - I know of two bottles in a museum in Melbourne - this is the first bottle I have seen outside - Vitadatio is a herbal remedy for hidatus and general cure all. It was initially made in Tasmania by a William Weber. SA Palmer imported the ingredients to Leeds & made it there. He was the distributer & there were outlets in Leeds, Australia, South Africa & New Zealand. I live in Sydney is there any chance of me looking at the bottle?

These are some of the old adverts and we also have a copy of a cookery book featuring Vitadatio kindly provided by Jane and Max. 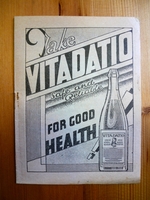 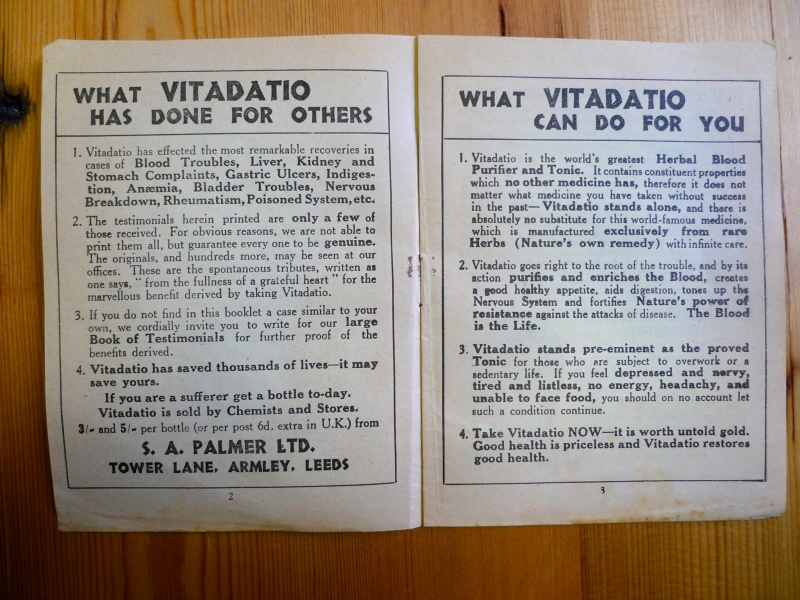 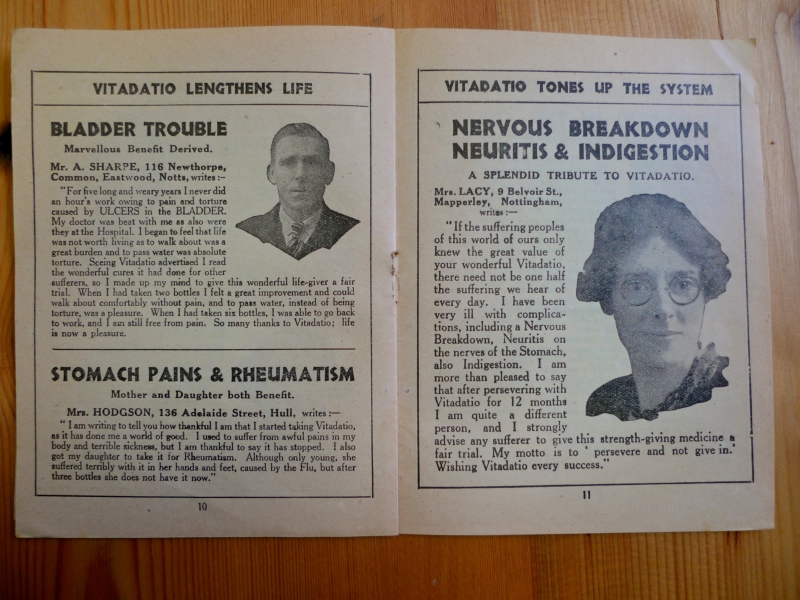